The topic around achieving S$100K by 30 seems to be the most discussed among the local personal finance community these days, so I thought why not have a perspective from a Singaporean Malay/Muslim individual.

Why is there a need to talk about it, you may ask?

First of all, as a born and bred Malay/Muslim guy in Singapore, I can relate how certain choices we make in our lives impact our financial goals, differently from what others aim to achieve.

Secondly, there is a lack of information among the community to share about their financial journey.

So why not – I’ll start the ball rolling.

What do we value the most?

So here comes my hypothesis – our Malay/Muslim community values family and kinship more than anything else.

We desire to marry and start a family early.

Don’t get me wrong – other races do value families and kinship in high regards too.

But when it comes to settling down, statistics has shown that there is a higher percentage of Malay/Muslim couples marrying before 30.

In comparison to the same year, only 41% of the total grooms in Singapore are below 30, and 59% for the total brides below 30.

This set of beliefs does impact our financial goals, whether or not we realise it.

Hence, having an awareness about this is important, as it enables us to be realistic on the financial goals that we’ve set to achieve.

So what are the key life choices we’re talking about here?

Let me delve deeper on each.

As Muslims, our religion taught us that getting married is as good as completing half of our deen.

Anas ibn Malik reported: The Messenger of Allah, peace and blessings be upon him, said,

“Whoever Allah provides with a righteous wife, Allah has assisted him in half of his religion. Let him fear Allah regarding the second half.”

Hence it is encouraged for us to settle down, when we are ready.

And with all marriages and weddings, it comes with a cost.

There is a hadith that mentioned the rewards of having children.

Abu Qatadah reported: The Messenger of Allah, peace and blessings be upon him, said,

“The best of what a man leaves behind are three: a righteous child who supplicates for him, ongoing charity the reward of which reaches him, and knowledge that is acted upon after him.”

Naturally, as Muslims, we desire having children.

Ideally, we would want them while we’re still young to ensure we have the best chance to conceive and nurture our children during our most active years.

Despite the declining birth rate in Singapore, it has been statistically shown that the Malay/Muslim population has the highest fertility rate among the different ethnic groups.

Getting married and having children naturally made you want to have your own abode to grow your family, hence owning a home comes as a natural extension.

As Muslims, particularly for the husbands, we have the responsibility to provide shelter for our families.

The Prophet of Allah SAW stated: ‘Man is the guardian of his family and every guardian has responsibilities towards those under his guardianship’.

Hence, having a house that we can call home is something we tend to look for as soon as we settle down.

So the big question here… Is it still possible to achieve $100K despite all those life’s goals?

If getting married, having children and owning a home is something you desire by 30, does achieving S$100K at the same time still attainable?

For simplicity sake, we will make the following assumptions:

As you see in the next few parts, I will deduct the lump sum of the ‘Family Starter Pack’ costs at the end of the 30-years age mark.

Obviously, this is a simplistic way of calculating, as starting a family at 25 and starting at 30 differs due to inflation and opportunity costs.

But let’s start somewhere, shall we?

Assuming he went through the Junior College (JC) route and a typical 4-year local university degree program, he should graduate by the age of 25.

Based on the 2019 median salary reported by Straits Time, a fresh university graduate can fetch around $3,600.

Here is a possible 6-years financial journey till he turns 30.

Not too shabby, but definitely achieving $100K here is pretty far off.

As she does not have to serve National Service, she will start 2 years earlier than her male counterparts.

With the ‘Family Starter Pack’ costs, she will eventually able to set aside about $92,000:

Upon completion of NS, a typical Diploma Holder will join the workforce around 22 years of age.

A 3-year head start than a Degree Holder.

Assuming he is given a starting monthly salary of $2,500 as per 2020 Graduate Employment Survey, he should be able to save $142K in the 9 years.

An improvement from a Degree holder, but not there yet still.

For a typical 3-year polytechnic course, she will graduate by 19.

Assuming this individual goes through the 2 years NITEC, he should graduate and finish his NS by 20.

With the ‘Family Starter Pack’ costs, he will eventually have $41,000 left.

That’s pretty comparable savings to a Degree holder I’ve calculated earlier, but far off from $100,000.

Last but not least, let’s assume this individual goes through the 2 years NITEC, graduate by 18 and start working at 19.

It is not as easy as it seems when you start adding up all the ‘family starter pack’ costs.

As you can probably see, the closest user profile that almost reaches the ‘$100,000 by 30’ mark is our fellow Singaporean Malay/Muslim ladies who are degree-holders, at $92,000.

Unless you’re running a successful business or earning a substantial side income, it will be an uphill task to achieve the $100,000 target by 30.

And here’s my final thought…

Despite all that being said and written, I would like to end off on a note that financial goals are not everything.

There are family goals, relationship goals and spiritual goals that we would like to seek too, which are not easily quantifiable, but only our hearts can tell.

If your goal, as similar to mine, would like to start a family young, go on and do so.

Just adjust your goals accordingly and not let others decide for you to set that arbitrary goal of ‘$100,000 by 30’.

You’re the only one who knows best how to lead your life in the best possible way.

May Allah s.w.t. guide us in the right direction, always. 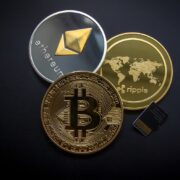 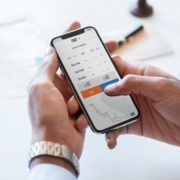 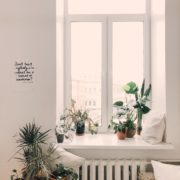