As FOREX trading is getting popular these days due to the fast and easy nature to set up a trading account, the biggest question remain to be elusive among the Muslim community – is FOREX trading halal or haram?

Before I delve into that, let’s get some background information in order first.

FOREX is the acronym for Foreign Exchange. Other names commonly used in the marketplace are FX and currency. FOREX trading is the activity in which traders participate in the global financial markets with the objective of profiting from the price movements between currencies.

This is exactly is what we are already doing today. When we’re exchanging money at the money changer for whatever reasons, we are actually doing FOREX trading in the most simplest sense.

However, with the rise of the internet, we are seeing faster and more efficient ways of making these trades online without the need for us to leave our house to visit our neighbourhood money changer.

This leads to some questions with regards to its permissibility stipulated by the Sharia Law.

In a hadith narration by Ubaadah ibn al-Saamit, the Prophet (PBUH) said,

Gold for gold, silver for silver, wheat for wheat, barley for barley, dates for dates, salt for salt,except equal for equal, same for same. Whoever adds something more, or asks for something more, he has engaged in Ribâ (usury).” – Muslim, 1587

There are essentially 3 key rulings from this hadith that determines the permissibility of currency exchange.

1. The exchange of currencies goes through hand by hand

The first question that probably pops up in your mind is, what does it mean by “hand to hand”?

In the earlier days, buyers and sellers deal with each other face to face (or hand to hand), simply because computers, telephones and the Internet were non-existent during those days. Today, we have these technological advancements which have enable transactions to be done almost instantaneously and without any physical interactions. Online transactions are widely accepted and a norm now.

In fact, one could extrapolate that it was natural and accepted for a deal to be made between two different parties. In modern times, it can be argued that in regards to FOREX trading, the deal is made between a FOREX broker and a trader, through  brokerage platforms.

This would then qualify under such definition of two different parties, which would be permissible according to the Islamic law.

This rule is widely known in the Sharia Law. Any elements of interest, uncertainties and wagering that is involved in the deal, is not permissible according to the Islamic Law.

For Riba, we have seen many FOREX brokerage platforms offering “Halal”, “Islamic”, “Muslim” Forex accounts in which they claim to have no involvement of interest. In a conventional FOREX trading, brokers have a standard practise of applying swaps, or interest differences, when a buy or sell position remains open overnight.

By removing the interest component, these brokerage firms replaces the lost interest income in a form of increasing commission per trade. Some argue that this is merely a camouflaged interest component, while others see it as an alternative mode of trading so long it adheres to the Islamic Law.

Gharar is defined as excessive uncertainty. This element mainly involves in derivatives such as futures and forwards. These contracts involves sale of a non-existent object or of an object not in the possession of the seller. Furthermore, the forecastibility of the currency future prices are unpredictable and volatile. Importantly, spot FOREX trading does not fall under this category as the prices are real-time.

Qimar, or speculation, happens when you make a purchase with the expectation of a substantial gain that comes with significant risks too. This can be problematic as it is hard to distinguish. How do we identify a trade if it is a speculation or an informed investment decision?

3. The buyer and seller prepare the contract in the same sitting and execute the exchange on the spot

FOREX spot trading adheres to this as the trades are executed in real-time, and the Internet enable instantaneous buying or selling in a split second, hence it is permissible according to the Islamic Law.

The Islamic Religious Council of Singapore (MUIS) has recently released a fatwa to explain about the permissibility of Forex trading. Here is the official statement:

“The general consensus among Islamic Jurists is that buying and selling of currency is permitted as long as it is done on the spot, and there is no delay of time in exchanging the currencies.

Therefore, forex trading is permissible as long as there is an immediate exchange of cash. Although paper currencies nowadays are not backed by gold or any other precious metals (which is impossible since the total amount of trade globally is more than the amount of gold produced so far), it should be presumed that the currencies in circulation has the same purpose and intent as gold, since it is appreciated by human, albeit artificially.

However, in cases where the handing over of the “commodity” is done within a grace period of two days and not immediately, there is an opinion within the Maliki school of thought which states that a slight delay in transfer of the commodity does not invalidate the sarf (exchange) contract. This is also the view adopted by the the Fiqh Academy and Organisation of Islamic Countries (OIC). Therefore the delay of two days in the case Spot Trading is permissible.”

So, going back to the question – is FOREX trading halal?

While researching to put together this article, we realise that there is no one-size-fit-all answer to this. Both sides of the jurists have valid arguments to support their stands.

However, one key takeaway from what we’ve learnt is to truly understand the main reason why Sharia Law exists.

The objective of the Sharia Law is the happiness and well-being of the people in this worldly life as well as in the life Hereafter. Hence, the law must contribute to the development and the good of the Islamic community. How it achieves this purpose is guided by principles written down in the Holy Qur’an. Not surprisingly, therefore, the fundamental feature of Sharia Law is socio-economic and distributive justice.

Every Islamic community has its own sets of opportunities and challenges. Hence, we should take heed from our local Islamic body to determine whether it’s permissible within the community that we’re currently living in and take it from there. While we may get the green light in Singapore, it may not necessarily be the same for other Muslim communities in other cities. 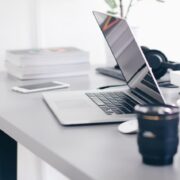